‘Why Google Is Finally Putting Google+ Out of Its Misery?’ | Inc.com. The above title from Inc.com hits the mark. If you haven’t noticed, Google+ was a ghost town – Another quote from Inc.com that is also right on! Originally meant to keep Google in the Social space online, it just wasn’t to well received […]

By now you’ve probably heard the news. Google has ended its Authorship program. For those of us who have been paying close attention to Google Authorship over the last year or so, this shouldn’t have come out of nowhere. During Pubcon 2013, Google’s Distinguished Engineer Matt Cutts delivered a keynote speech where he claimed that […]

WOW – Big Daddy is watching and can get a lot more info on you than you think. Facebook received nearly 35,000 requests for user data from governments around the world during the first half of 2014, up 24 percent from roughly 28,000 requests made during 2013’s second half. The uptick indicates the value governments […] 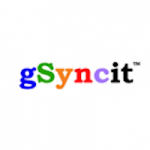 As of this August 1st, 2014, the Google Calendar Sync app will not sync your Outlook Calendar items with your Google Calendar So what are my alternatives? Google has me a little discouraged with their simple “We will no longer support” attitude. Just when you find a program or app that works for a particular […] 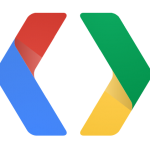 As of this date, this app will not sync your Outlook Calendar items with your Google Calendar So, what are my options to sync my android (or apple) smartphone calendar to my Outlook calendar on my desktop (laptop) It was announced in the beginning of 2013 that Google would no longer be supporting Google Calendar […]