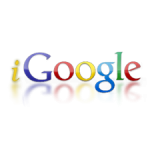 The deadline for the demise of iGoogle (Now 15 days away), Google’s start page, is getting closer (read how to export your igoogle feeds). While nothing will completely replace iGoogle, there are some alternatives out there. Before we get to the alternative sites we need to define what a Start Page is. For this article […] 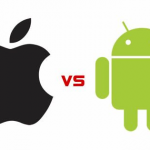 Courtesy of Tech Crunch. For you Android lovers out there…… According to Bloomberg, Google’s Motorola unit just filed a new patent-infringement lawsuit against Apple with the U.S. International Trade Commission (ITC) in Washington. According to this report, Motorola’s complaint seeks to block Apple from importing the iPhone, iPad, iPod Touch and “various Apple computers.” Today’s […]

Google has acquired Wildfire, a marketing start-up that uses social media to connect brands with consumers. In the footsteps of Facebook using auto-bots to increase click through rates and increase revenue, Google is strengthening it’s position in the social media realm. The acquisition of Wildfire will positively impact Google’s role in social media. Read the […]

Facebook is in another bind. Read the entire story from “Limited Run” using the link below. Thanks to Mike Elgan for posting. Comments welcome on Google+ – WOW. Advertiser leaving Facebook after discovering that 80% of the clicks they’re paying for are from ‘bots.’ A company called Limited Run publicly announced on Facebook that they’re […]

It’s “code”-your-own doodle day on the Google home page as the search giant celebrates the 100th birthday on Saturday of Alan Turing — the English mathematician, cryptanalyst and computer scientist — with an interactive doodle.There are six puzzles to solve, one for each letter in the Google logo. After completing it the first time you […]